Is running on 100% renewable energy possible? 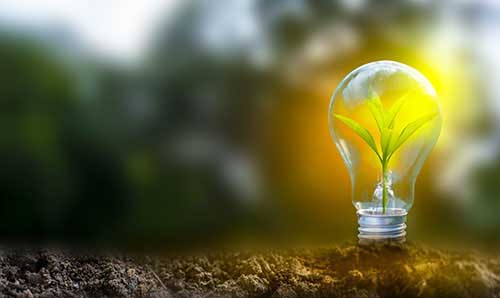 Fossil fuels have been the leading source of energy globally for far too long. When fossil fuels are used for energy purposes, they are burned. This process releases carbon emissions that are dangerous to the earth. These greenhouse gasses trap heat in the atmosphere which makes them a primary contributor to global warming.

This temperature rise within our atmosphere is causing extreme weather changes, such as uncontrollable forest fires in hotter climates such as Australia. As well as forest fires the temperature rise is also causing the polar ice caps to melt. This could potentially cause climate devastation globally with the threat of coastal cities being completely underwater.

Consequently, we cannot deny that we are facing a climate emergency due to Human activity causing a rise in greenhouse gases. Therefore, renewable energy has become a focus point over the past year in nearly every country.

How can we reach a higher level of sustainability?

The damage that fossil fuels have caused to the earth has made country leaders worldwide start to take the effect that carbon emissions seriously. This has led to them coming up with a plan to cut carbon emissions by 2050.

One way they are doing this is by developing long-term renewable energy Plans. Clean energy is mostly generated from solar, wind, hydroelectric, biomass, hydrogen, and geothermal energy sources. These energy sources have been under development for many years. However, many require a lot of money and resources to generate the amount of energy needed to meet demands.

The cheapest and most used renewable energy is generated from Solar panels and wind farms in the UK. These are good options for renewable energy but unfortunately, we can’t have the whole country running on them as of now. This is because both solar and wind energy is dependent on certain conditions such as the weather.

To be able to switch to completely renewable energy we need to be able to store these energies. Battery storage would be needed to store energy at the peak time of production. This energy can then be used during times of lower production. Therefore, this system needs to be perfect before we can be fully sustainable as a nation.  We need to ensure energy supply does not run out or that the demand for energy doesn’t surplus the production.

How is the UK going to reach the Net-Zero targets set out?

Like many other countries, the UK government has its own road map to reaching net-zero by 2050 to combat the number of greenhouse gases being produced. One plan they have is to cut the number of transmissions that cars and road vehicles emit. They hope to reach this goal by banning the sale of all new petrol and diesel cars by 2030.

Other net-zero strategies include incentives for homeowners to install heat pumps into their homes. This is because a large percentage of carbon emissions is coming from household heating.

Another sector that is responsible for a lot of greenhouse gasses is the farming sector. Therefore, the government is introducing incentives for people within the agricultural industry if they introduce more eco-friendly practices into their business.

However, if net-zero goals are reached this does not necessarily mean that we will be running on 100% sustainable energy it just means that if we reach this goal greenhouse gasses going into the atmosphere will be balanced by emissions reductions.

Running on renewables such as wind, solar, hydro is possible to do without using fossil fuels. We know this as many countries have already been very successful in this transition.

For example, Iceland runs on almost 100% renewable energy as they get 75% of their energy from hydropower and 25% from geothermal. Most of Iceland’s economy runs on geothermal energy from homes to businesses the only drawback for the country is the use of fossil fuels for transport.

Iceland’s success has mostly come from its proximity to a lot of geothermal energy sources as they are surrounded by volcanic structures.

However, this does not mean that each country cannot replicate similar success stories. Each country will just have to consider and make use of its own local conditions. For example, desserts would be a good place to put a solar farm. Likewise, Highfields and farmlands could provide the best conditions for wind energy.

Although 100% percent sustainable energies may seem like a feasible target as some countries have already achieved this. This may not be the case in all countries. When cutting back on fossil fuels each country is going to have to take a unique approach to how it will affect them. Fossil fuels have been deeply rooted in our economy for a long time so removing them will take a delicate process to ensure not too many lives are affected. The least demanding approach to discovering the cheapest business gas and power rates is to run a business energy value examination. Yet, since there are numerous energy providers now in the market, the best way to ensure you are on the absolute best energy arrangement for your business is to independently look at the gas and power costs right now offered by every provider. Examining all prices and comparing them all by yourself can be troublesome, tedious, and unpleasant... While picking energy sources for your home or business, it is critical to go for appliances that are energy efficient. This not just guarantees a more environmentally friendly approach, yet additionally saves you a great deal of cash. By incorporating efficient energy resources, businesses can set themselves up for success in the long run. Nowadays, buildings that are energy efficient are always preferred while purchasing another home. Everyone searches for particular...